At the heart of my account is a desire to show that insight and eventually more effective actions for cross cultural collaboration in a Joint Venture are to be found in different layers of cultural shaping that go beyond knowledge of typical intercultural differences. In this blog I will share how this plays out in the context of an assignment to improve German-Chinese collaboration in a Joint Venture Partnership. 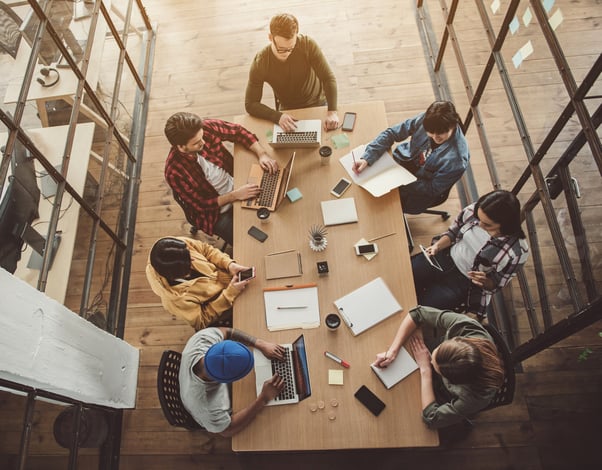 After working together with two colleagues on an efficient workshop approach for navigating German-Chinese collaboration (part 1), I found participant numbers varied more than expected and a new process had to be found on the spot.

My decision to approach the group as an intelligent collective worked excellently. Participants were full of stories and eager to share their – “one good and one not-so-good experience” with Chinese colleagues. We had impressive role-plays and touching personal stories which helped us tease out the main themes in their intercultural collaboration. The themes were remarkably similar as they emerged through the following steps:

Initially the energy focused on irritations.
Having lived abroad for most of my life, I know only too well how easy it is to find fault with those who are different and to solve the difference with the assertion of what “should be” or what is “surely right”. An important lesson that I learned early on was that, by pointing the finger at what is different or “not what it should be”, it quickly turns back at me and why I am different.

Knowing that we are all more or less unaware of our own cultural shaping, I was not surprised to hear the following remarks from participants:

Switching perspective allowed for empathy and created insight.
I asked to see the situation from both sides: What are the Chinese colleagues saying or not saying? What might be their motivation? Constraints? Or pressures? It emerged that participants implicitly knew a lot about their Chinese counterparts but had not connected that knowledge to their situations. We found:

The challenge is using knowledge of difference to make a difference.
The question was, what is particular to this colleague of mine and the situation and what is due to typical and hidden cultural differences between German and Chinese working cultures? There is of course a well-established body of research into the dimensions for cultural differences between countries and organizations. Whilst these are interesting to learn about they do not directly equip for collaboration. In fact, it they may be misleading into reductively concluding that, “we or they are all the same” and can be easily explained, judged and predicted.

So how to approach the topic? I followed my colleagues’ suggestion to use Yang Liu’s images. Having grown up in China as well as Germany, she conveys in a simple yet striking way just how different the two cultures can be.

The pictures proved immediately evocative for the participants. Instead of over-explaining, we worked together to collect more stories that corresponded to each picture. This raised our empathy and awareness of patterns for what it might be like to be “on the other side”.

What if knowledge and empathy don’t give all the answers?
As useful as Liu’s images were for discussion and reflection, I was still missing an angle that could shed light on some of the more pressing themes surrounding Chinese-German differences we had no answers for. These included:

Find out more in part 3 where I will highlight our lessons learned as consultants, facilitators and coaches. In part 1 you´ll learn about the context of the Joint Venture and the initial situation.